What is Sufi? A Sufi believe in a religion of the heart. They believe in God. According to Hazrat Inayat Khan, a Sufi Sage and Mystic, “we live and move and have our being in God”.

Sufism is the mystical part of all religions. It is not considered a religion itself. They seek a direct connection to the One Being through the shrine of the heart. The body is considered God’s temple.

A Sufi is comfortable in any church as they see the love and truth and unity that is part of all religions. As Christ said: “where your heart is there is your treasure”. The Sufi goes right for the heart and seeks all wisdom there.

Sufis exhibit universal adaptability. They exist and can worship with all religions. The Sufi allows anyone to join with them in brotherhood or sisterhood. Sufis don’t care to ask what is a person’s religion or race or belief. They stay away from fixed principles and beliefs.

The Sufi operates in a do-it-yourself fashion to a large extent. There is no overall leader.

Sufis study love, the greatest moral. One way to think of what is Sufi is a way of experiencing reality as love itself. 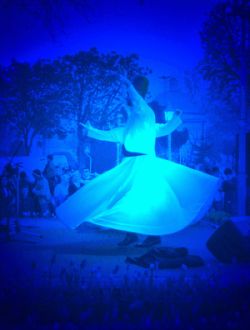 Their earthly interests are primarily in art and beauty, and they believe in serving humanity in any possible way. Diversity has always been the Sufis strength. It is a nomadic tradition which has splintered off into many directions rather than to build large temples, shrines or institutions.

Sufism is a living tradition in the modern world. They have different approaches and practices.

The word Dervish (see photo left) or whirling Dervish means one who sits in the doorway, on the threshold of something, ready to transform himself into something else.

A Dervish is a Sufi who takes a vow of poverty and they have been known for their wisdom, wit, poetry, and enlightenment.

Sufi Whirling is a Dervish practice that came from Turkey. Its goal is to reach ecstasy.

Sufi Meditations on the Heart

The most basic practice shared by all Sufis is meditation on the heart qualities of the Sacred or the Beloved. There are many different pathways of the heart and the idea is to experience deeper feeling and awareness or consciousness. Freedom and joy come with being at home in the heart.

As we meditate on the heart we discover it to be much vaster than we first imagined.

The Sufi Heart Symbol is a heart with wings.

Do I Need a Teacher?

Spiritual practice can take many forms. It can be breathed, as in meditation. It can be spoken, sung, chanted. It can be done standing or sitting or walking or lying down.

The best way to do a spiritual practice is with a teacher or spiritual guide. The concept of student and teacher is an active Sufi principle.

Now there are many different Sufi teachers and groups in the Western world. Hazrat Inayat Khan is credited with first bringing Sufism to the west from India in the early 1900s.

Many people are familiar with one of the greatest poets ever, Jelaluddin Rumi, a 13th century Persian Sufi. In the East his works are considered as sacred as holy scriptures. In the West his works are the bestselling poetry in the English language. His poetry has made a great impression upon humanity.

Rumi spoke a lot about how wide the heart of man can be and how deeply a soul can be touched and how high the spirit of man can reach.

What is Sufi Meditation

What is Sufi? The Sufis have something called the meditations on the 99 Qualities of Unity or 99 Pathways to the Beloved. All are heart-centered or heart-focused and many use different sounds.

Author Neil Douglas-Klotz wrote The Sufi Book of Life, 99 Pathways of the Heart for the Modern Dervish. In his introduction he writes the following:

Your heart is the browser

The pathways are the search engine.

The universe is the real internet.

And there are many addresses to the Beloved,

whose server is always online.

The Sufi Book of Life

Return from What is Sufi to What is Spiritual Health

Return to How to Meditate with Heart Home Page 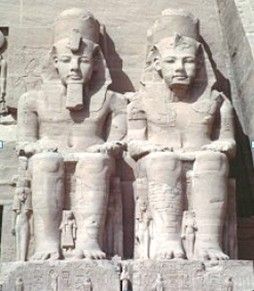